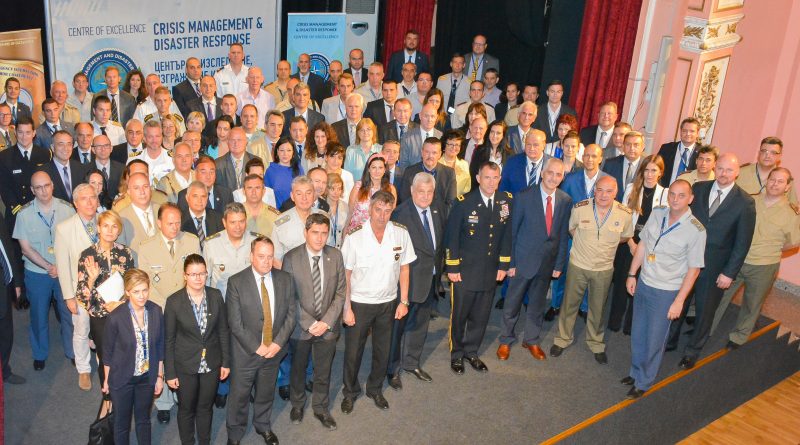 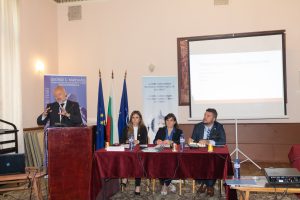 On 5th– 6th of June 2018, at the Central Military club in Sofia, the Alumni Association George C. Marshall Club– Bulgaria in partnership with George C. Marshall European Center for Security Studies, Garmisch-Partenkirchen, Germany and Crisis Management and Disaster Response Center of Excellence (CMDR CoE) conducted alumni workshop on the topic “Security Capability Development” in the context of CMDR COE Interagency Interaction in Crisis Management and Disaster Response Annual conference.  The event was supported by the Security Council to the Council of Ministers of the Republic of Bulgaria. Attached you could find the workshop agenda.

More than 40 Bulgarian Marshall Center alumni, representatives of national and international institutions, academia and subject matter experts in the security and defence sector discussed the capability development matters in the context of the adopted on 15 March 2018 by the National Assembly updated National Security Strategy of the Republic of Bulgaria.

In a video message from Marshall Center, Mr. Georgi Krastev, advisor to the prime minister of the Republic of Bulgaria and Secretary of the Security Council to the Council of Ministers welcomed the organizers and the participants of the event, recognizing the importance of holding such discussion. He underlined that it is of crucial importance the national security to be reviewed in the context of Bulgaria’s membership in NATO and EU. He pointed out that a key factor for success is the government, non-government organizations and the academia to work together in elaborating policy recommendations on the security and defence capabilitiy development issues and building security resilience. 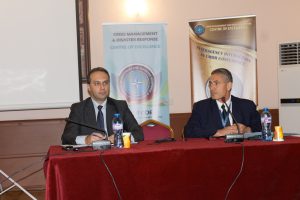 In the official opening, Mr. Svetoslav Daskalov from the political cabinet of the Prime Minister represented the root cause and the process of the present update of the National Security Strategy of the Republic of Bulgaria, as he underlined the comprehensive approach applied in the process, mentioning some new sectorial policies included such as the cyber security, transport security and crisis management.

The two-day workshop focus was put on the security environment analysis as D-r Tibor Kozma, professor on Transnational Security Studies at Marshall Center spoke on the possible approaches that could be applied in prioritizing the security challenges. Captain Navy Tim Ferns, UK Defence Attache for Bulgaria shared with the security experts the UK experience from the 2015 Strategic Defence and Security Review and the results of the National Security Capability Review. Prof. Todor Tagarev and Dr. Velizar Shalamanov spoke on the transition from strategies to capabilities. Additionally, good NATO practices in capability improvement and development of new capacity were introduced as the interaction between the government, military component, academia, defence and private industry was emphasized. 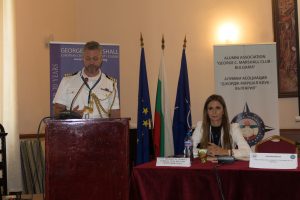 During the closing remark session, Mr. Drew Beck, Alumni Relations Specialist responsible for Bulgaria, spoke to the group about the importance and scope of the Marshall Center alumni network, as well as the great number of opportunities available to the Bulgarian alumni. These opportunities include fully-funded research fellowships at the Center, access to a wide variety of research tools through the Marshall Center Library, the possibility of participating in Marshall Center communities of interest and resident programs as subject-matter experts, etc.  Mr. Patrick Swan, chief-editor of the Center’s per Concordiam magazine presented the opportunities to the Bulgarian alumni to publish their analyses, papers and researches in the periodical.

Summary of the results from the workshop discussions and syndicate works is to be provided to Secretary of the Security Council to the Council of Ministers of the Republic of Bulgaria for further consideration.